Human Papilloma Virus is linked to the Head and Neck Cancer

How to Save Money by Going to Regular Dental Checkups? 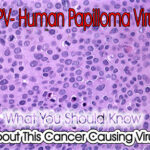 The most common cancer known to be caused by Human Papilloma Virus, or HPV, is the cervical cancer. Recently, the head and neck cancers caused by this virus are becoming more common than cervical cancers. This virus is known to be transmitted through sexual contact. For about 100 different strains are present in your body like the skin, genitals and mouth. Through the years, this virus has been studied to trace its route and treat it. So far, identification of the strains are the farthest that research has discovered.

Unlike bacteria which can exist and proliferate on its own viruses on the other hand need host cells to thrive. This is why they are parasitic in nature. There are no viruses that are not harmful.  In comparison to bacteria, you can still find good bacteria which gives benefit to the body and to the environment. With viruses, they are all the same, parasites.

Gum inflammation, head and neck cancer- Are they linked?

Mini Tezal, a doctor in oral dentistry wanted to establish a theory that says HPV that causes persistent inflamed gums is the one responsible for the head and neck cancer. According to him, he found HPV strain 16 or HPV-16 in the head and neck tumors. He got the data from 50 cancer patients out of 124 that he surveyed. He was interested in this topic because there is an increase occurrence of esopharyngeal cancers despite of the decrease in tobacco use among the Americans. He wanted to uncover the culprit behind the spread of the sickness. And, the first step he formulated is to look into the mouth which is the portal of all that gets inside your body.

Researchers at John Hopkins Hospital say that 80% of the oropharyngeal cancers are due to infection from this HPV virus and it has nothing to do with the individuals who smoke or don’t smoke.

Is there any tests for oral HPV?

There are no tests at this time for pre-cancerous changes occurring in the head and neck region from HPV viral infections, like there are tests done by the gynecologist for women to detect pre-cancer due to HPV virus. Scientists are still working on this.

Is there a vaccination for HPV virus? 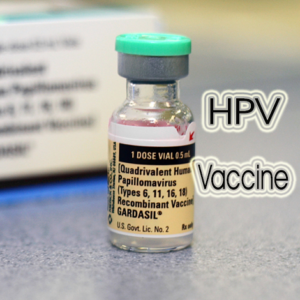 Yes, there is vaccination and it is highly recommended to be vaccinated. But, if you already have this virus, the vaccine will not protect you. Every man and woman should get this vaccine between age 13 and 23. This type of cancer is known to be a fast growing cancer and usually by the time it is diagnosed, it’s already at its late stages. But the good news is that they have a very high cure rate, unlike head and neck cancers that are not caused by HPV virus and have a very high death rate.

It is very important also to get your annual oral cancer screening done by your dentist. Your dentist can check for any lesions and/or any lumps.

Watch the video below on HPV and Oral Cancer

If you have any questions, please leave a comment.

Prevent Oral Cancer With Your Diet

Tips On How To Self-Examine For Oral Cancer

Tongue Cancer: Everything you need to know